In tonight's episode, Abhijeet feels suspicious after talking to Mr and Mrs Karkhanis and he calls Asawari. 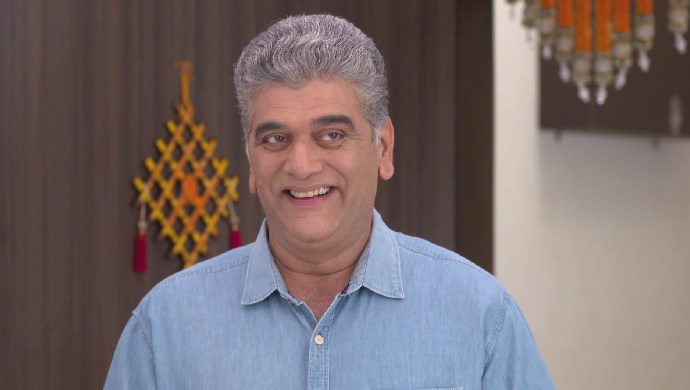 In the last episode of Agga Bai Sasubai,  Pradnya asks Mr and Mrs Karkhanis to leave the house and find a new home. When they call their son, Pradnya acts as if the old couple is making her do all the household work. After knowing that their son is influenced by Pradnya, Mr and Mrs Karkhanis apologise to her. But she asks them to leave the house right away. They come to meet Ajoba before leaving the house and decide not to tell anything about the incident.

In tonight’s episode, Abhijeet is distributing food packets to poor children when he sees Mr and Mrs Karkhanis standing near the bus stop. Upon asking where are they going, Mr Karkhanis lies to him that they going to their native. Abhijeet feels suspicious and calls Asawari to ask if everything is fine.

A few moments later, Asawari comes there and asks Mr and Mrs Karkhanis why did they lie to them. The latter says that he didn’t want to trouble them. Ajoba tells Shubhra that he wants to talk to Mr Karkhanis. He convinces Mr and Mrs Karkhanis to return home immediately. Asawari is worried about the couple but Abhijeet assures her that now everything will be alright.

Vikram Gokhale Birthday Special: 5 Films Of The Actor You Can Binge-Watch On…

Ajoba is angry at Mr Karkhanis because he lied to him about going to his nephew’s house. The latter tells him that Pradnya asked them to get out of the house because he broke an expensive glass. He apologises to Ajoba and says that he is the only support for them. Ajoba forgives his friend and seeing their friendship everyone is in tears. Abhijeet lightens up the mood by asking Asawari to make ginge tea for everyone.