In tonight's episode, Abhijeet gets shocked and goes out to talk to Asawari but she refuses to listen to him. 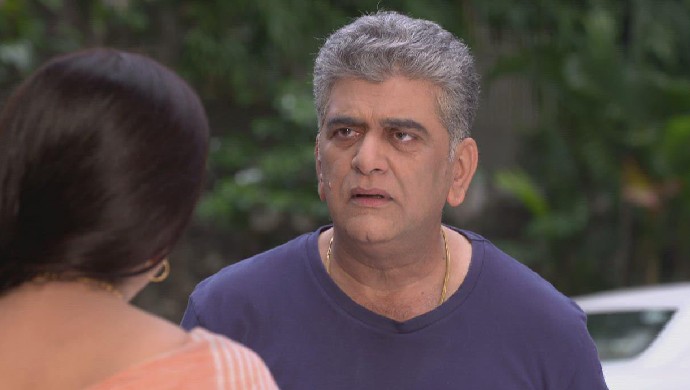 In the last episode of Agga Bai Sasubai, Abhijeet is all excited as he thinks that he is marrying Asawari. Ajoba tells him that now onwards he will stop calling him “Chapal Chor” because now he is his son-in-law. Shubhra comes home after office and gets surprised to see Abhijeet and Ajoba bonding with each other. Upon asking the reason, Ajoba says that she will get to know the reason soon. Maddy tells Abhijeet that she has invited Asawari and Ajoba for a small party. Asawari gets upset when she comes to know that Abhijeet has agreed to marry Maddy.

In tonight’s episode, Abhijeet welcomes Asawari and Ajoba in his restaurant and tells them that he is glad to see them. Asawari asks Ajoba’s permission to return home but the latter says that they leave in a few minutes.

Maddy is so happy as she thinks she is getting married to Abhijeet. Ajoba asks Vishwas to bring two chairs for the bride and groom. Abhijeet sits on one chair and waits for Asawari. Just then, Maddy sits beside him and Ajoba asks Asawari to give the gifts to the couple. Abhijeet gets shocked and goes out to talk to Asawari. He requests her to listen to him once but the latter refuses to do so.

Later, Asawari leaves with Ajoba saying that they are getting late. Vishwas tells Abhijeet that Asawari forgot to take her parcel. He then goes himself to give her the parcel so and clear the misunderstanding. Abhijeet meets Asawari in the middle of the street and tells her that he wants to talk to her urgently but she tells him to go back to Maddy.

Watch Nashibvan, The Story Of A Municipal Sweeper Who Becomes Rich Overnight