In tonight's episode, Asawari comes to know about that costly watch that Abhijeet gave Soham and she goes to return it. 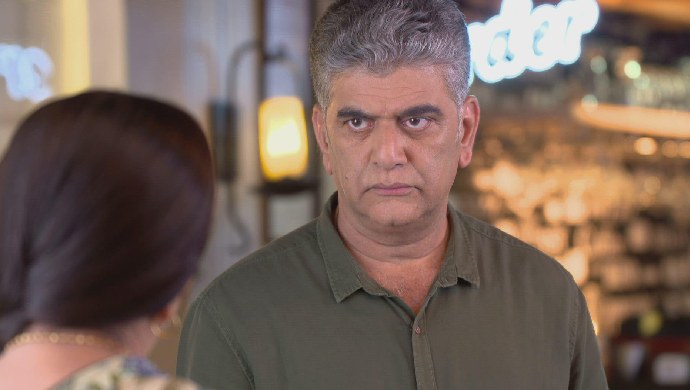 In the last episode of Agga Bai Sasubai, Soham is seen playing on a PlayStation as he bought it from the money he got for booking a venue for a business meeting. Just then, Soham’s boss calls him and asks him if he has booked a venue. Soham lies to his boss and tells him that he has booked Abhijeet’s restaurant. Soham takes his boss to Abhi’s Kitchen and tells them that Abhijeet is their family friend.

In tonight’s episode, Shubhra gets surprised to see a costly watch and asks Soham if it is a fake copy of the original watch. The latter tells her that Abhijeet gave him as a gift. Hearing this, Asawari asks Soham to return the watch to Abhijeet.

Soham refuses to return the watch and says that she has never fulfilled any of his wishes since his childhood. Asawari calls Abhijeet and tells him that he shouldn’t have gifted such an expensive watch to Soham. A few moments later, Shubhra gives the watch to Asawari and tells her to give it back to Abhijeet. Asawari thinks that finally Soham has realised his mistake but Shubhra clarifies that Soham is not aware of it.

Later that day, Asawari goes to Abhijeet’s restaurant and returns the watch and asks him to not do it again. Abhijeet apologises to her for the same. At home, Soham starts looks for his watch and blames Mr and Mrs Karkhanis for taking it. Just then, Asawari comes home and tells him that she returned the watch to Abhijeet. Soham gets furious and asks Asawari to buy him a new watch for him.