Is he pissed with Asawari for real or is he pretending? Details inside! 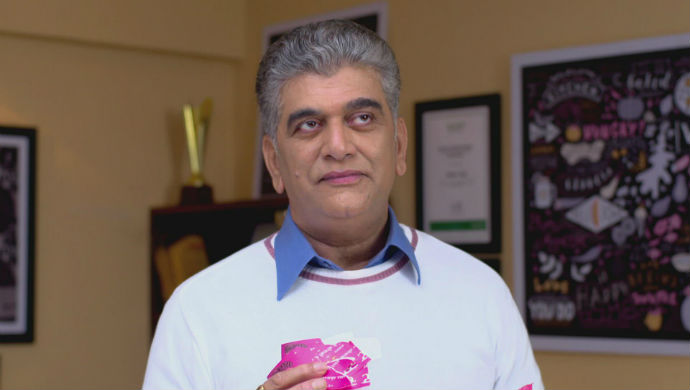 In tonight’s episode of Agga Bai Sasubai, we saw Soham talking rudely to Asawari and Shubhra asking him the reason. He tells her about the picture that he came across of Asawari and Abhijeet together. He says he knows that they went to the concert together. Shubhra tells him that he has misunderstood everything and that Asawari went with her. She adds that they didn’t see Abhijeet at the concert and had to return as the show was full. Later, Abhijeet sends across tickets of the upcoming concert to Asawari’s place. Soham catches hold of them and thinks that Asawari is lying to him otherwise how would she have the concert’s tickets with him.

He shows Shubhra the same but later learns that they were sent across by Abhijeet. Asawari hands him the tickets and tells him that she won’t be going for the concert. She says tells Soham to return the tickets to Abhijeet, when he’s on his way to work. Meanwhile, Shubhra meets Pradnya and learns that it was her who clicked the picture of Asawari and Abhijeet and created suspicion in Soham’s mind.

In the upcoming episode, we will see Asawari visiting the vegetable market and seeing Abhijeet there. She will try to talk to him but he will ignore her and pretend like he can’t see her. She will wonder if he’s ignoring her as she has returned the tickets to the concert.

Is Abhijeet really pissed with Asawari or is he pretending? Has Soham managed to create a wedge between the two? Stay tuned! Catch all the episodes of Agga Bai Sasubai, streaming for free on ZEE5.