In tonight's episode, Abhijeet extends his hand and says that this is the beginning of their new friendship. 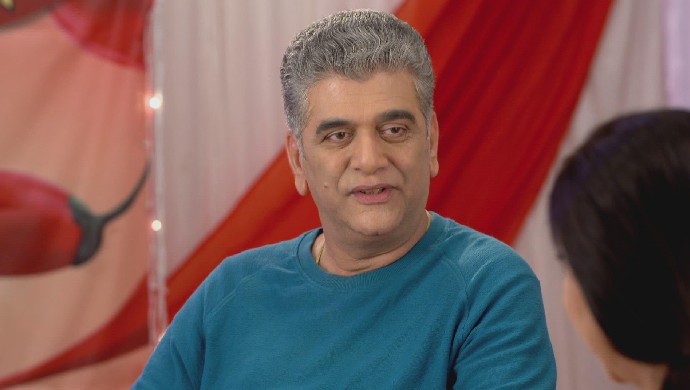 In the last episode of Agga Bai Sasubai,  Shubhra tells Asawari to call Abhijeet and ask why did he come at their place. Asawari decides to call Abhijeet and searches for her mobile. When she comes to Ajoba’s bedroom, she sees that Ajoba watching his favourite serial on her mobile. Asawari feels jealous when she overhears Pradnya bragging about her friendship with Abhijeet. A few moments later, Abhijeet’s mobile’s battery gets drained and it gets switched off. Shubhra then decides to bring them together.

In tonight’s episode, Asawari comes to meet Abhijeet and tells him that she has come to apologise to him. He tells her that he is not angry at her and requests her to try a few special dishes at the chilli festival. Asawari and Abhijeet enjoy guessing the ingredients used in the dish and spend a great time together.

Later, Abhijeet extends his hand as a beginning of their new friendship and Asawari blushes a little bit. Next day, Asawari starts getting hiccups and Shubhra notices this. She says that someone might be missing her a lot. Shubhra packs the tiffin for Soham but he tells her that he is going to go to the office in the second half. Shubhra feels that he is trying to hide something from her.

Later that day, Abhijeet writes Asawari’s name on a cake which was supposed to be delivered to someone else. When Maddy sees this, she panics but Abhijeet asks her to make a new cake for the order instead of rubbing Asawari’s name.