In tonight's episode, Abhijeet gets furious after seeing Soham's behaviour with Asawari. 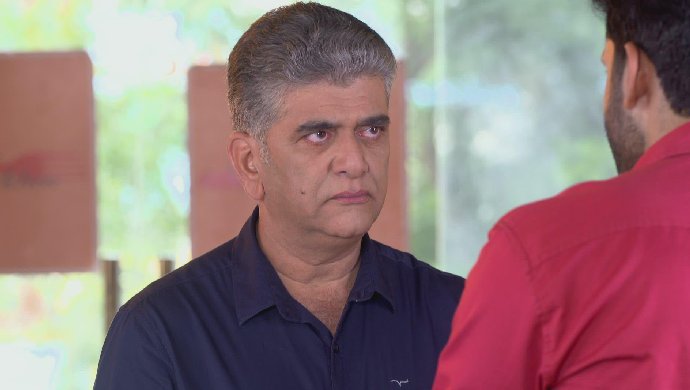 In the last episode of Agga Bai Sasubai, Abhijeet tries to talk to Ajoba about his feelings for Asawari but he gets conscious and is unable to do so. When he finally speaks about his feelings for Asawari, he sees that Ajoba is fast asleep. Later that day Madan comes home to take blessings from Ajoba. But Ajoba gets annoyed and insults Madan by asking him to leave the house right away. Asawari feels bad for Ajoba’s rude behaviour and apologises to Madan and his wife.

Later, Soham is seen playing on a PlayStation as he bought it from the money he got for booking a venue for a business meeting. Just then, Soham’s boss calls him and asks him if he has booked a venue. Soham lies to his boss and tells him that he booked Abhijeet’s restaurant. Soham takes his boss to Abhi’s Kitchen and tells them that Abhijeet is their family friend.

Later that day, Soham falls short of cash and asks Asawari to get it from Ajoba. Ajoba scolds Asawari for being irresponsible and spending money on restaurants. When Asawari comes to the restaurant, Soham takes the money and asks Asawari to leave immediately. Abhijeet sees this and asks her to wait for a minute. Abhijeet gets angry and tells Soham that he doesn’t know the value of the money that Asawari brought. The latter tells him that he cannot even buy the watch that Abhijeet is wearing. Hearing this, Abhijeet removes his watch and gives it to Soham.