What does he do? Find out inside! 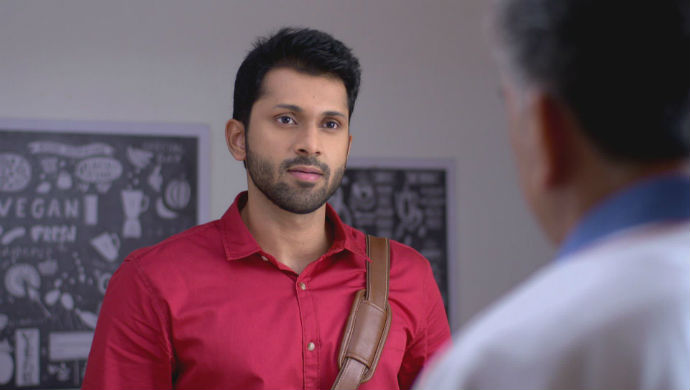 In tonight’s episode of Agga Bai Sasubai, we see Asawari working in the kitchen and making Poha for Shubhra. She notices that Asawari is down and asks her whether everything is okay. Asawari says all is okay but Shubhra realises that she isn’t doing too well. Later, she notices that Soham is acting extremely rude with Asawari. She sees that he’s shunning her and talking to her disrespectfully. Shubhra asks Soham what’s the issue and he tells her about the picture that Pradnya had shown him of Asawari and Abhijeet. He suspects that the two went to the concert together but Shubhra tries to convince him that it that’s not the case and it was her who went with Asawari.

She further tells Soham that the two didn’t come across Abhijeet and had to return as the show was full. A while later, Abhijeet sends across the tickets of an upcoming concert to Shubhra and Soham gets hold of them. He thinks Shubhra is lying to him and starts suspecting that Asawari went with Abhijeet. Shubhra tries to patch up things between Asawari and Soham, but in vain. S0ham shows the tickets to Shubhra and says that Asawari has been lying to him otherwise how will she have the tickets. But he learns that the tickets were sent across by Abhijeet to invite Asawari for the concert. She hands him the tickets and tells Soham that she won’t be going for the concert. Asawari asks Soham to hand these over to Abhijeet at his restaurant, on his way to work.

Meanwhile, Shubhra meets Pradnya and realises that it was her that clicked Asawari and Abhijeet’s picture and planted a suspicion in Soham’s mind by showing him the picture. Later, Soham tears the tickets and hands them over to Abhijeet, to make it look like she is furious with him and wants to say a firm no this time. Abhijeet asks him whether it was Asawari who tore the tickets and Soham’s face falls.

Does Abhijeet know the truth? Will Shubhra seek revenge from Pradnya and teach her a lesson? Will Soham talk to Asawari again? Stay tuned! Catch all the episodes of Agga Bai Sasubai, streaming for free on ZEE5.