Has he seen Pradnya's picture of the two? Find out inside! 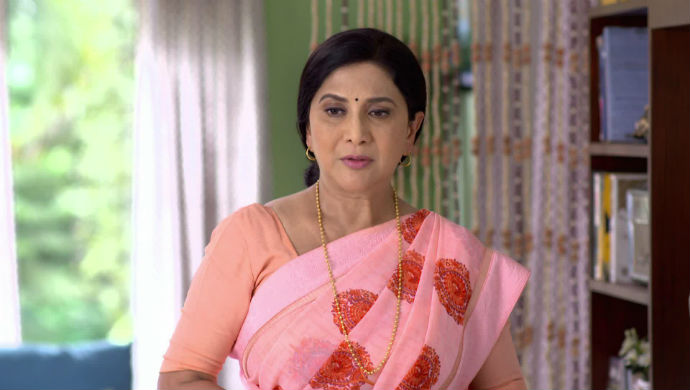 In tonight’s episode of Agga Bai Sasubai, we saw Shubhra picking up Asawari’s phone and talking to Abhijeet. He calls to inquire about Asawari’s experience on having judged the cookery workshop the previous day. Shubhra rags Abhijeet and says that Asawari was so nervous that she got a fever. Abhijeet gets tensed and Asawari says she’s simply pulling his leg. She invites him for lunch and Abhijeet says he can’t come as he has to go for a concert. Shubhra decides to play cupid and takes Asawari for the same concert as the one Abhijeet is attending.

They reach the venue and Shubhra asks Asawari to wait outside, while she gets the ticket. Meanwhile, Pradnya reaches the concert venue and so does Abhijeet. She spots him and clicks a selife with him. Pradnya gets suspicious as she sees Asawari at the concert, thinking that the two have come together. She sneakily clicks a picture of the two. In the upcoming episode, we will see Asawari returning from the concert with a box of sweets for Soham. He will get angry with her and will the knock the box over. Shubhra will intervene and Soham will ask Asawari whether she went out with Abhijeet.

Has he seen the picture clicked by Pradnya? Stay tuned! Catch all the episodes of Agga Bai Sasubai, streaming for free on ZEE5.