In tonight's episode, Abhijeet decides to ask for Asawari's hand for marriage and is seen talking to a pillow assuming it is Ajoba. 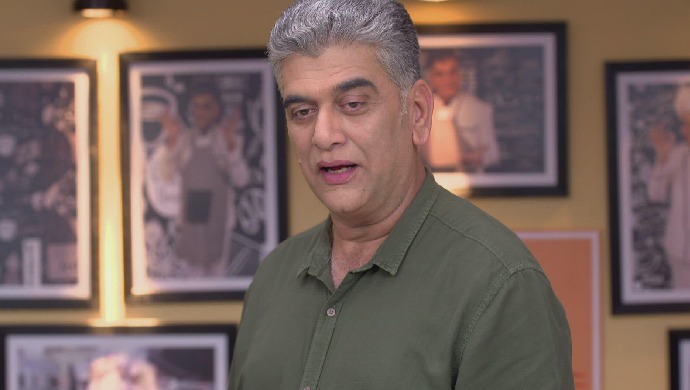 In the last episode of Agga Bai Sasubai, Abhijeet comes home and gets surprised to see Shubhra. He asks her about Asawari and she says lies to him that Asawari has gone to the market to buy vegetables that to bare feet. Shubhra says that no matter how hard he tries to hide it but one day everyone will know about his feelings for Asawari. Abhijeet then confesses his love for Asawari and tells Shubhra that he is ready to do anything for her.

In tonight’s episode, Shubhra tells Abhijeet that he has to overcome a lot of obstacles before getting married to Asawari. The latter tells her that he doesn’t fear anyone as far as she is on his side. Shubhra clarifies that she won’t be helping him in such things and he will have to talk to everyone on his own.

Asawari comes to know about Abhijeet’s injured feet as he was walking bare feet. She scolds Abhijeet for doing such fasts and asks him to avoid such things. Abhijeet tells Shubhra that he is ready to ask for Asawari’s hand from Ajoba and he will do it tomorrow itself.

Later that evening, Abhijeet is seen talking to a pillow as he is preparing to talk to Ajoba. Maddy and Mr Karkhanis help him but Mr Karkhanis is unaware of what is the latter preparing for. Next day, Abhijeet wears a suit and gets ready to ask for Asawari’s hand from Ajoba. When he reaches near Asawari’s building he sees Mr Karkhanis in a problem while watering the plants. Ajoba asks Abhijeet to help Mr Karkhanis or else he will fall down and get injured. Abhijeet helps Mr Karkhanis and during this his clothes get dirty.