In the upcoming episode, as Abhijeet decides to walk away forever, he is stopped by Ajoba. Find out what happens next here. 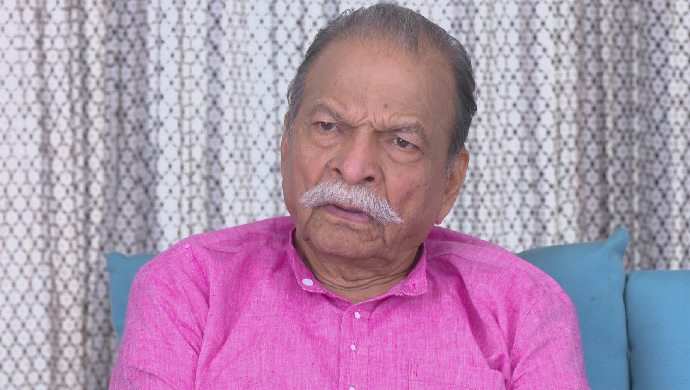 In the previous episode of Agga Bai Sasubai, we saw Abhijeet and Asawari express their feelings for each other, in front of Ajoba. This makes everyone quite emotional and most of all, Shubhra. She, being the youngest in the family, tries to convince Ajoba to not let Abhijeet go because if he steps out of the house now, he will never return. Both Asawari and Shubhra lose their cool and begin to cry as Ajoba looks on. Abhijeet is ready to leave the house and reaches the doorstep.

In the upcoming episode, we see Ajoba telling everyone that this kind of behaviour by Abhijeet, makes absolutely no sense to him. He believes that Asawari and Abhijeet are extremely selfish. He states that two individuals do not wish to respect ancient traditions, and are only bothered about their wishes and desires. Ajoba further adds that what he believes is right or wrong, is his opinion alone. He feels that he is not required to justify the same, to Abhijeet.

Radhika-Saumitra, Samar-Summi: A Look At Couples Who Got Married On Our…

Hearing such hurtful things, Abhijeet decides that it is no longer his place to stay there. Saying that he is taking her leave, he bids adieu to Asawari and starts to leave. That is exactly when Ajoba stops him. What do you think will happen next? Will Ajoba decide to forgive Abhijeet? Share your thoughts in the comments section below and catch the latest episodes of Agga Bai Sasubai exclusively on ZEE5.