In tonight's episode, Abhijeet clarifies that he is not married to Maddy but still eats the spicy meal made by Asawari. 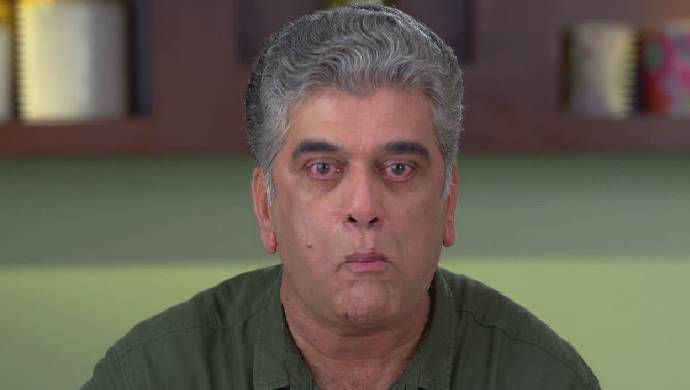 In the last episode of Agga Bai Sasubai, Abhijeet comes home along with Maddy. Ajoba asks Asawari to welcome the couple. Shubhra enjoys this scene as she notices that Asawari is upset.  Pradnya comes there and invites Abhijeet to come to her place but Abhijeet tells her that Ajoba will feel bad if he leaves suddenly. Asawari tells Shubhra that she is going to the market to buy dessert. Abhijeet also says that he will accompany her to the market. Pradnya is about to follow them but Shubhra tricks her and stops her from following them.

In tonight’s episode, Pradnya requests Abhijeet to come to her house but he tries to give her an excuse. Just then, Shubhra hints Abhijeet to blindfold Pradnya. Shubhra quickly comes there and takes Pradnya to her house without letting her know that Abhijeet is not with her.

Pradnya is still under the impression that Abhijeet is talking to him. She tells him about Asawari being a middle class and also insults the other ladies who are her neighbours. When Shubhra opens her blindfold, she gets shocked to see everyone except Abhijeet. Later, Asawari prepares a separate meal for Abhijeet which is spicier. Ajoba asks Abhijeet and Maddy to say a Ukhana before having food. Abhijeet uses this opportunity to clarify that he is not married to Maddy.

When Asawari learns the truth, she stops Abhijeet from having the food but the latter doesn’t listen to her and eats it. Post tmeal, Ajoba scolds Abhijeet and Maddy for lying to them about the marriage but Abhijeet says that he did not get the chance to clarify things.