Will she listen to him? Read the details inside and find out! 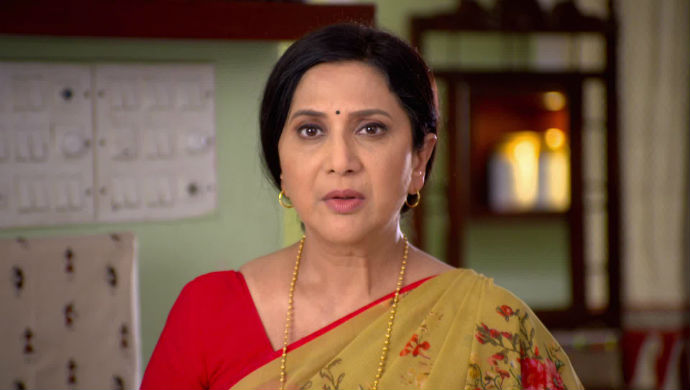 In tonight’s episode of Agga Bai Sasubai, we saw Abhijeet visiting Asawari’s house and helping her in contacting Soham. After a lot of attempts, Abhijeet finally manages to reach Soham and makes him talk to Asawari. He tells her he’s at a friend’s place and that there was no need for her to call Abhijeet over. She says she had no choice. Later, Asawari cooks khichdi for Abhijeet and the two start talking. He appreciates her cooking and says that she should participate in the cookery workshop as a judge. Asawari says she’s nervous and will goof up.

Abhijeet assures her that she’ll be fine and says he will wait for her decision. In the upcoming episode, we will see Asawari asking Soham whether she can step out in the afternoon for a bit. She tells him about the workshop and he humiliates her saying that she’s getting too close to Abhijeet. He makes his feelings clear and tells Asawari to no longer be associated with the man again.

Will Asawari listen to Soham? Will she let him come in the way of her and Abhijeet again? Stay tuned to find out! Catch all the episodes of Agga Bai Sasubai, streaming for free on ZEE5.