In tonight's episode, Abhijeet comes home with Maddy and sees that Asawari is jealous about it. 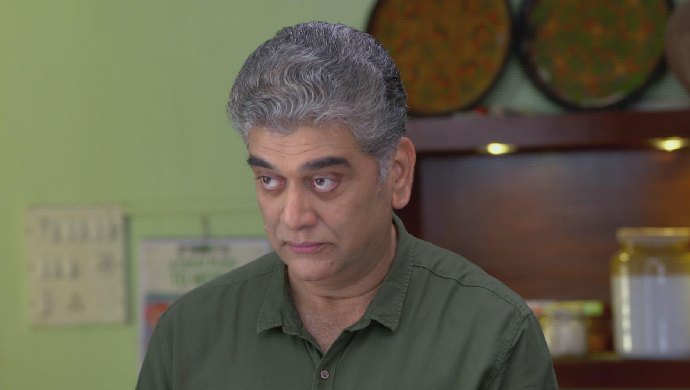 In the last episode of Agga Bai Sasubai, Abhijeet plays a prank with Maddy and his other colleagues. Maddy is left upset because of Abhijeet’s behaviour. Meanwhile, at Asawari’s house, she and Shubra are preparing to invite Abhijeet and Maddy to their house. Asawari is still under the impression that Abhijeet and Maddy are married. Abhijeet, who wants to make Asawari jealous, tells Maddy to call him ‘Aaho’ in front of Asawari. Maddy is flattered and agrees with Abhijeet.

In tonight’s episode, Abhijeet comes home along with Maddy. Ajoba asks Asawari to welcome the couple. Shubhra enjoys this scene as she notices that Asawari is upset. Just then, Pradnya comes there dressed in a fancy gown to invite Abhijeet home but Ajoba asks her to leave them alone.

Maddy tells Ajoba that she wants to have Jode. Ajoba tells Abhijeet to make her understand that he cannot do that to her because she is their guest. The latter get hellbent on having Jode but Ajoba tells her to stop asking for childish things. Abhijeet goes to the kitchen and asks Asawari about the microwave. She tells him that she won’t come back to the kitchen until he goes out. Pradnya comes there and invites Abhijeet to come to her place but Abhijeet tells her that Ajoba will feel bad if he leaves suddenly.

Later that day, Asawari tells Shubhra that she is going to the market to buy dessert. Abhijeet also says that he will accompany her to the market. Pradnya is about to follow them but Shubhra tricks her and stops her from following them. Asawari asks Abhijeet to stop following her but the latter tells her that he just wants to accompany her. When Abhijeet and Asawari return home, Pradnya invites Abhijeet to come home. But he says that he can come only if Asawari allows.