Will Asawari and Abhijeet maintain this friendship? Stay tuned for all the updates here! 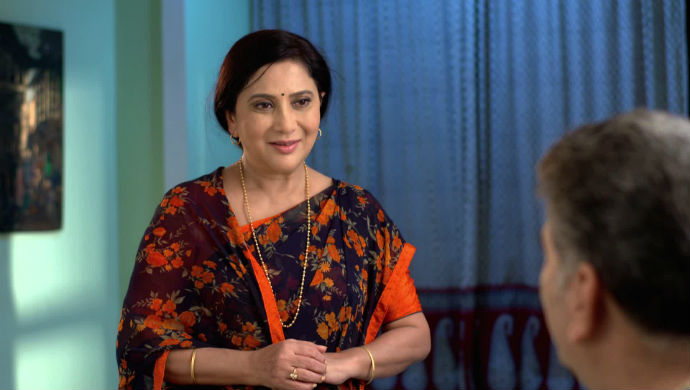 In tonight’s episode of Agga Bai Sasubai, we saw Abhijeet visiting Asawari’s house and helping her in finding Soham. He calls up Soham’s work place and finds out that the latter has gone to his friend’s place. He manages to contact his friend and get Soham in touch with Asawari. Soham says he’s fine and gets upset for worrying so much and seeking Abhijeet’s help. She says she had no other option as there was no way to contact him. Later, Asawari makes coffee for Abhijeet and the two get talking. He tells her that he’s had a chance to see Soham’s file and realised that his company is big and that he often goes abroad for meetings.

Asawari says that’s not the case and Abhijeet gets suspicious. He makes way to leave but Asawari says she will make khichdi for him. Meanwhile, Soham talks to Shubhra and informs her that Abhijeet is with Asawari. She calls her up and isn’t able to reach her. Back home, Abhijeet’s eat the khichdi prepared by Asawari and appreciates her cooking. He tells her that she has a special skill and that he can teach her how to become better. Abhijeet mentions the workshop and says that she should participate in it. Asawari says she isn’t sure and that she’s nervous.

He tells her that nothing will go wrong and that she’ll be fine. Abhijeet tells Asawari to think about it and give her an answer soon, as he will wait for it. The episode ends with Abhijeet leaving the house and Asawari telling him to not say goodbye but say that he’ll come again. Awww!

Will Asawari and Abhijeet maintain this friendship? Stay tuned for all the updates here! Catch all the episodes of Agga Bai Sasubai, streaming for free on ZEE5.