In Agga Bai Sasubai, Abhijeet wants to make Asawari jealous hence he tells Maddy to refer to him as a husband. 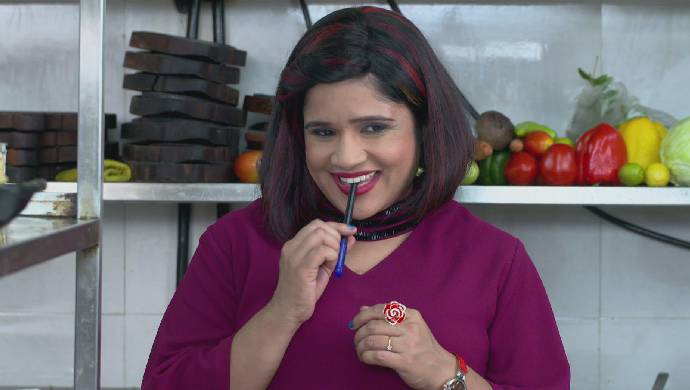 In the episode of Agga Bai Sasubai, Abhijeet tells his colleagues to ask their business-related queries to Mrs Raje. His colleagues are confused. The chefs follow Abhijeet’s orders and ask Maddy the answers to the queries. Maddy is flattered with the importance given to her and starts blushing. She goes to Abhijeet to ask him something and he gives her the same answer. Maddy is heartbroken to see that Abhijeet isn’t calling her Mrs Raje.

Shubra and Asawari are preparing to invite Abhijeet and Maddy at their house. Asawari is feeling low but doesn’t reveal the reason behind this to Shubra. During this, Pradnya comes and asks Ajoba’s permission to take Abhijeet to her own place but Ajoba doesn’t give her an opportunity to speak. Pradnya is left humiliated by Ajoba.

After Pradnya comes out of Ajoba’s bedroom, Shubra tells Pradnya in front of Asawari that she can take Abhijeet to her house. Hearing this, Asawari gets jealous and walks out of there. Then, Shubra realises Asawari has made her food spicy. Asawari confesses she purposely made it spicy as Abhijeet likes it that way. Meanwhile, Abhijeet tells Maddy to call him ‘Aaho’ instead of ‘Sir’ in front of Asawari.