In tonight's episode, Asawari keeps Soham's shirt on the table and Mrs Karkhanis spills oil on it by mistake. 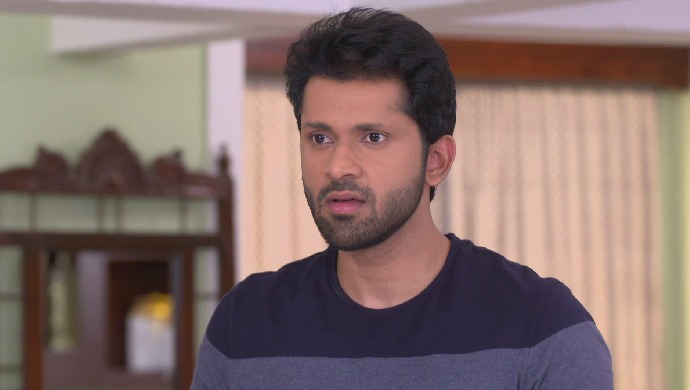 In the last episode of Agga Bai Sasubai, Mr Karkhanis gets excited to see that his best friend has come to their restaurant. He tells Ajoba to try their special dishes. Pradnya comes to the restaurant with her friends and tells them that Abhijeet is her best friend. She sees Mr Karkhanis noting the order for Ajoba and assumes that he is working as a waiter there. Abhijeet gives a board to Mr Karkhanis which says ‘the owner of the restaurant has the right to decide who is allowed in the restaurant and who is not’ and asks him to show it to Pradnya.

In tonight’s episode, Asawari asks Ajoba what would he like to have for breakfast but Ajoba tells her that Abhijeet had called in the morning to inform that he will be coming home to make breakfast.

A few moments later, Abhijeet comes home and asks Asawari what is she going to teach him. Meanwhile, Soham gets ready for office and asks Asawari to get his tiffin and socks. The latter asks him to take it on his own as she is busy teaching breakfast. Asawari keeps Soham’s shirt on the table and Mrs Karkhanis spills oil on it by mistake.

Anandi Gopal: 5 Reasons We Need A Man Like Gopalrao In Our Lives

When Soham comes to know about it, he gets annoyed and blames Asawari for allowing Mr and Mrs Karkhanis to stay with them. Just then, Abhijeet orders a new shirt for Soham and it comes within a few minutes. He then gifts the shirt to Soham to sort his problem. Asawari feels bad for Mr and Mrs Karkhanis as Soham scolded them for a small mistake. Abhijeet thinks of doing something for the old couple.