Soham can't be contacted amidst the heavy rainfall that has flooded Mumbai. Can Abhijeet and Asawari find him? 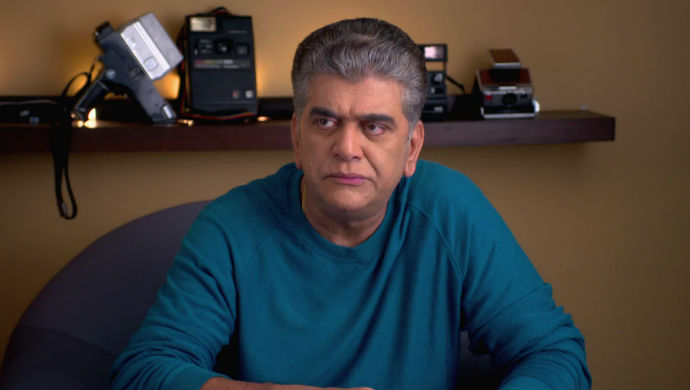 In tonight’s episode of Agga Bai Sasubai, Shubhra gets ready to leave for Lonavala. Meanwhile, Abhijeet arrives at his restaurant and says that the area outside is water logged. Maddy says that the rest of the staff is missing and Abhijeet assures her that she and him can handle the kitchen alone. Just then, a staff member arrives and tells Abhijeet that the situation outside is worsening. Back home, Asawari gets worried looking at the heavy rains and checks the news. She learns that most areas in the city are flooded and gets worried about Soham. Shubhra calls saying that she has reached Lonala and Asawari talks to her about Soham’s safety.

Shubhra tells Asawari that Soham has reached as he had called her from office. Asawari is relieved and says she will call him. She talks to him and he informs her that he is leaving from work early as the rains are getting worse. Later, Asawari calls up Ajoba, who is visiting his hometown. She says she is missing him and tells him to take care. Just then, Pradnya comes visiting and informs Asawari that a lot of people are stranded, due to the heavy rains. Asawari gets worried about Soham. She calls him but is unable to reach him.

She rings the doorbell next door, but no one is at home. Her television stops working so she visits Pradnya’s house, requesting to watch the news. She tells her that she is unable to reach Soham’s phone. Pradnya calms her down and offers water. She tells Asawari about how bikes are unsafe to ride during the rains and mentions an accident that occurred recently. Asawari gets even more tensed and leaves.

She breaks down and just then gets a call from Abhijeet. He says he just called to check on her. Asawari tells him that Soham hasn’t reached and she’s very worried about him. Abhijeet calms her down and tells her that he’ll help her find Soham.

Will they be able to find him? Stay tuned for all the updates here! Catch all the episodes of Agga Bai Sasubai, streaming for free on ZEE5.