In tonight's episode, Pradnya tells Abhijeet that Asawari is going to invite him and his wife for dinner. 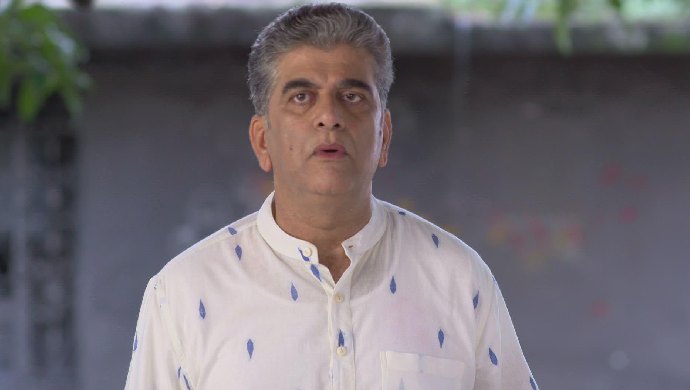 In the last episode of Agga Bai Sasubai, Shubhra expresses her opinion about Maddy that she doesn’t suit Abhijeet. Asawari immediately agrees to this and says that she expected his wife to be more beautiful and classy. Ajoba tells Maddy to go to the kitchen and learn from Asawari how to do the household chores. Asawari asks Maddy to pour tea into the cup but while doing so, she spills the tea on her foot and gets injured.

In tonight’s episode, Maddy sees a couple fighting with each other in the restaurant and interrupts them saying that they shouldn’t fight with each other.
Maddy panics when she realises that she forgot her watch somewhere.

Abhijeet calls Asawari to ask if Maddy forgot her watch at their place. Asawari immediately hands over the call to Shubhra and says that she is busy doing some other work. Shubhra calls Pradnya and tells her that Abhijeet wants to talk to her. Asawari sees Pradnya talking to him and feels jealous. She immediately takes the receiver from her and tells him that she will come to return the watch.

Ajoba tells Asawari to call Abhijeet and his wife for dinner as they are a married couple. Hearing this, Pradnya gets excited. Pradnya gets ready to go to invite Abhijeet but Shubhra tells her that Asawari had already left. Pradnya gets upset and returns home. She then calls Abhijeet to confirm if Asawari invited him or not. After talking to Pradnya, Abhijeet learns that everyone is assuming Maddy as his wife.

Later that day, Asawari comes to the restaurant and returns Maddy’s watch. She then invites Abhijeet and Maddy for dinner. Abhijeet stays silent despite knowing the confusion in Asawari’s mind.