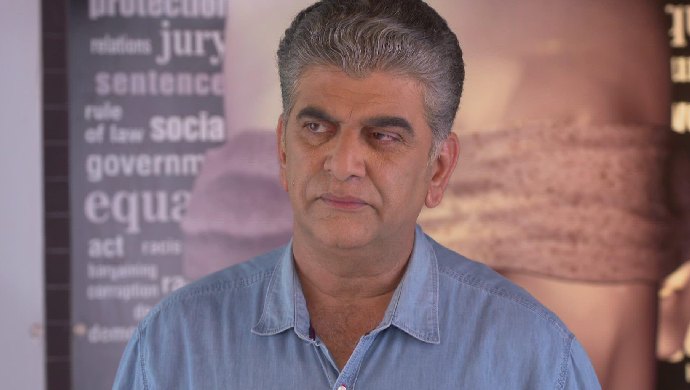 In the last episode of Agga Bai Sasubai, Asawari tells Soham and Shubhra that there is competition a going on between Ajoba and Abhijeet. Shubhra tastes Abhijeet and Ajoba’s kheer and tells him that he is the winner. But she also says that if Ajoba loses the competition, then it would be his last day in their house. Ajoba feels proud that he made a kheer so delicious that Abhijeet couldn’t stop himself from having all of it.

In tonight’s episode, Asawari, Shubhra, Ajoba, Mrs Karkhanis, and Soham come to Abhi’s Kitchen to have lunch. Shubhra tells Abhijeet that she is giving a treat to her family because she got an appraisal. Mr Karkhanis gets excited to see that his best friend has come to their restaurant. He tells Ajoba to try their special dishes.

A few moments later, Pradnya comes to the restaurant with her friends and tells them that Abhijeet is her best friend. She sees Mr Karkhanis noting the order for Ajoba and assumes that he is doing the job of a waiter at Abhijeet’s restaurant. She calls Mr Karkhanis in a disrespectful manner. Seeing this, Ajoba and Shubhra get angry on Pradnya and ask Abhijeet to do something about it.

Abhijeet gives a board to Mr Karkhanis which says ‘the owner of the restaurant has the right to decide who is allowed in the restaurant and who is not’ and asks him to show it to Pradnya. Pradnya reads the message and feels insulted. Her friends blame her for the situation and decide to remove her from their group. Later, Asawari goes to the kitchen to talk to Abhijeet and there she finds him making a dish that he wanted to learn from her.