In tonight's episode, Ajoba tells everyone that he was behaving rudely because he wanted to make Asawari realise her mistake. 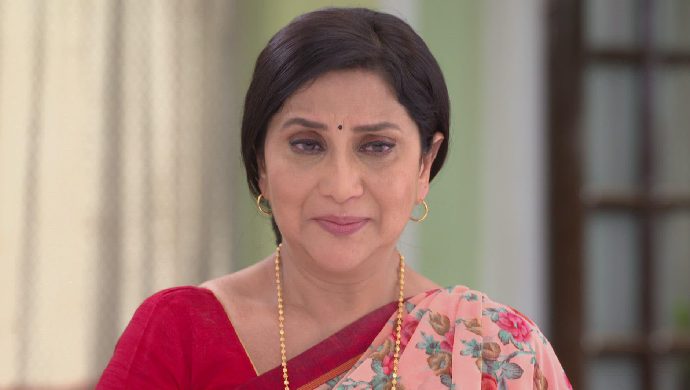 In the last episode of Agga Bai Sasubai,  Asawari asks Ajoba for permission to go to see the land bought by Abhijeet for his new restaurant. Abhijeet cancels all his meetings and goes to his new restaurant. He takes Asawari to the plot and tells her that the menu of the new restaurant will be decided by her. While having tea, Ajoba spills the tea on his hand and screams in pain. A few moments later, Asawari comes home and gets shocked to see Ajoba in pain. The latter blames Asawari for not being there.

In tonight’s episode, Ajoba scolds Asawari and Shubhra for being careless. He tells them that now onwards Pradnya will take care of him. Shubhra tries to explain but the latter doesn’t listen to him at all.

Pradnya comes to the kitchen and sees Asawari making breakfast for Ajoba. She takes it from her and lies to Ajoba that she made it. Ajoba taunts Asawari that she doesn’t want to take his responsibility now because he has become a burden on them. Later, Ajoba asks Pradnya to find his stick. While she is trying to search for the stick, Shubhra secretly hides the stick and makes Pradnya look for it all over the place.

In the evening, Sulbha Kaku and Karkhanis come home and tell Ajoba that he should not punish Asawari for a mistake she never did. Just then, Shubhra gets an idea and provokes Pradnya against Asawari. The moment Pradnya starts insulting Asawari, Ajoba interrupts her saying if she utters another word against Asawari then she will have to face the consequences. He then tells everyone that he was behaving rudely with Asawari so that she realises her mistake.