How will Asawari's family react to her new look? Check out details inside! 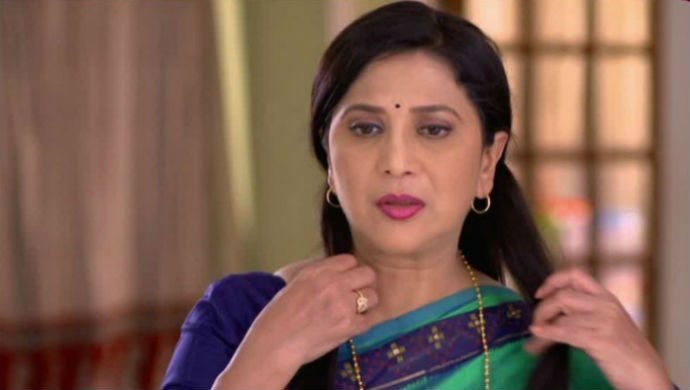 In tonight’s episode of Agga Bai Sasubai, we saw Asawari returning home after her meet with Abhijeet Raje. Soham and Ajoba are furious with her and the latter even disappears from the house the next morning. Asawari is worried and confides in Abhijeet. Later, Ajoba’s friend informs her that he’s sulking and is sitting in the park outside. Asawari doesn’t know how to handle the situation and is wondering how to make it up to Ajoba. Abhijeet advises her to lure him with a tasty dish.

The trick works and Asawari manages to get Ajoba home. The episode ends with her making the dish that she promised Ajoba. In the upcoming episode, Shubhra and the rest will decide to have dinner at Abhijeet Raje’s restaurant. As a result, Shubhra will make sure Asawari looks her best. She will give her sasuma a makeover! But Asawari would feel let down, because of Soham. He would call her appearance gaudy and will discourage her from stepping out with her new look.

Will Shubhra come to Asawari’s rescue? Stay tuned for all the updates here! Catch all the episodes of Agga Bai Sasubai, streaming for free on ZEE5 here.

Why Is Soyrabai Upset With Sambhaji? Watch Swarajyarakshak Sambhaji On ZEE5!