After Vazandar, Priya Bapat Shows Off Her Singing Skills Yet Again

If you are impressed with Vazandar actress' acting skills, then, you will love her even more after hearing this. 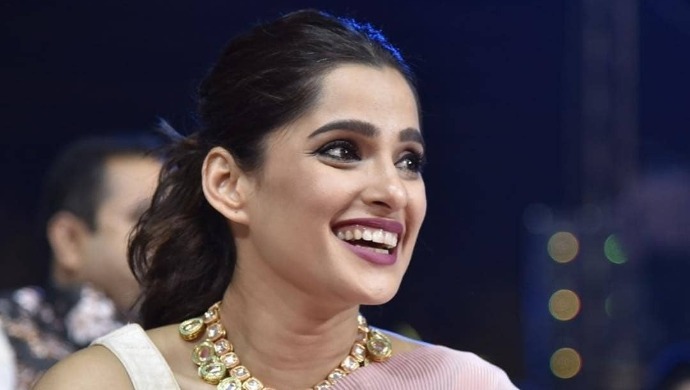 Priya Bapat is easily one of the most successful actresses in the Marathi films with hits like Kaksparsh, Timepass 2 and Vazandar, available on ZEE5. She made her singing debut through Vazandar’s song, ‘Golu Polu’ which she sang alongside Rohit Raut.

Enjoy Priya Bapat’s acting and singing performance in Vazandar below

Recently, Priya surprised us by singing Shukratara Mand Vara and Do Naina Aur Ek Kahani and posting it on social media. Immediately, her fans flooded the comments section with a positive response for her rendition of this song.

Back in 1960, when Arti Mukherji sang this song, she won the ‘Filmfare Award for Best Female Playback Singer‘.

This time, Priya Bapat crooned the famous geet, Shukratara Mand Vara, originally sung by Arun Date. While discussing her interest in singing with a leading publication, the Vazandar actress had said, “I would love to have an album of my own but right now the focus or intention is not that. I enjoy singing for certain projects. If a music producer or composer is ready to offer me a song, I will happily sign up as I am always excited about singing.”

Priya has credited her professional training in classical music for becoming a strong base. Now that you have seen her work, we would love to hear your thoughts on her musical strengths.

Do you know of other actresses who are great singers as well? Let us know in the comments below!

If you are a fan of Priya Bapat, watch Gacchi streaming on ZEE5.