A Special Someone Greets Yesubai On The Sets Of Swarajyarakshak Sambhaji, Find Out Who!

Who is this special someone who met Prajakta Gaiwkad? View pic inside to find out. 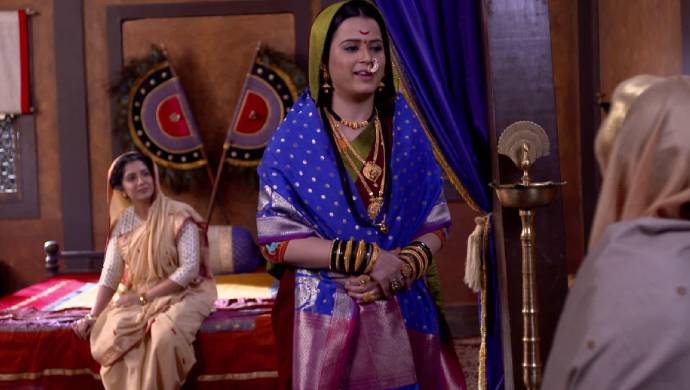 Prajakta Gaikwad plays Yesubai on Zee Marathi’s popular series Swarajyarakshak Sambhaji. The actress has gained a huge fan following and is a hit, especially among kids. We had informed you earlier about Yesubai being a popular preference for fancy dress competitions. Prajkata had uploaded pictures of children dressed up as her and turns out, the little ones just can’t seem to get enough of their favourite Maratha queen. The actress is often greeted by fans on set and this time, a little girl visited our Yesubai!

Prajakta uploaded a picture with her little fan on her Instagram, page and wrote that being greeted by kids is the most special experience for her.

How cute is that picture, right? We like how the actress has made the girl sit on her lap. Prajakta always makes it a point to greet her little fans with warmth and click pictures with them. Now that’s humble and gracious, like a true Maratha queen!

What do you think of this picture? Post your comments in the section below and stay tuned for all the updates here! Catch all the episodes of Swarajyarakshak Sambhaji, streaming for free on ZEE5,

Has Vikrant Been Killed In Tula Pahate Re? Watch Exclusively On ZEE5!