Looking at Anita Date from Mazya Navryachi Bayko we are motivated to try new hairstyles. 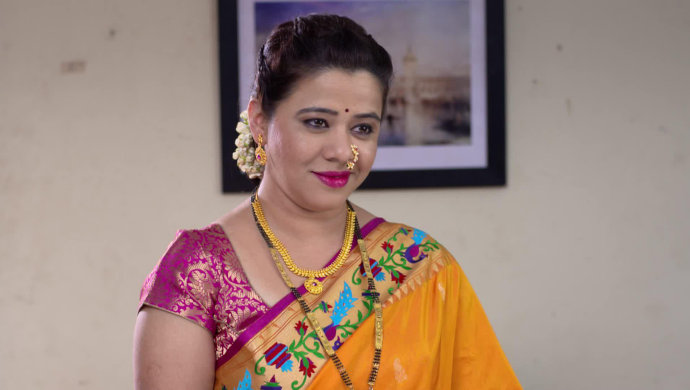 I love Radhika’s three strand braid seen in Mazhya Navryachi Bayko on Zee5. It’s a classic that has been passed on from our mothers and grandmothers in every household. This hairdo led to my fascination with the other easy-to-do styles which can be done during those chaotic office mornings.

So, I researched other braids that are just as pretty to wear on an everyday basis. Here’s what I found!

Distribute your hair into three sections, but use only two of them. You have to keep passing each section on the top of another each time while taking loose hair strands from the sides. You don’t have to be extremely neat as a messy fishtail braid looks just as good.

When you are talking about food, kisses, and braids, you can’t leave the French out of it. For this type of braid, you have to section your hair into three parts. Each time you have to pass the section at the side, over the one in the centre while taking from little from the loose strands (just like in the fishtail braid).

Being very similar to the French style, in the Dutch braid, you have to pass the sections under each other instead of over each other.

If you have light wavy hair, then this hairdo is right up your alley. Make a centre partition, use the front strands of your hair and take three sections, tie the centre one with a rubber band. After this, the side two sections to go underneath it, then combining the two and tie them. Go on to using the middle-tied section and divide it into two and go underneath the tied section.  Keep doing it, this gives a beautiful waterfall effect.

Divide your hair into two parts and do two basic braids. Then pin it around your head. Being the easiest of them all, this braid is inspired by the milkmaids’ hairstyle from the ancient era.

As the name suggests, you have to work it from downwards, that is, from your nape. Then go with the regular French braiding.

These braids may consume a couple of extra minutes at first, but as soon as you get a hang of them, it will make you look much chicer. Which amongst them you are planning to try first?