The show featuring Amol Kolhe, tells the story of Maratha warrior Chatrapati Sambhaji. Check out all these historic places associated with his reign. 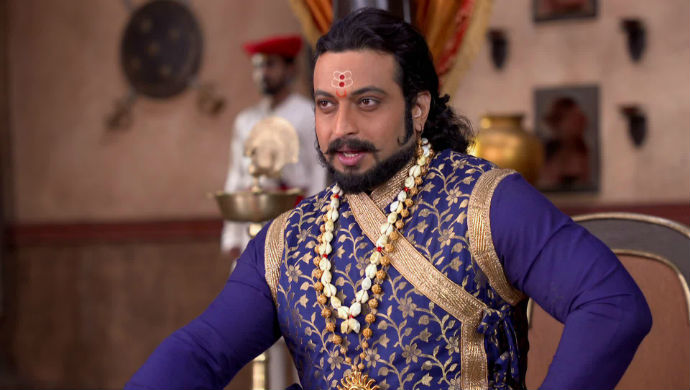 Zee Marathi’s periodic show Swarajyarakshak Sambhaji has become a rage, owing to its presentation, visuals and performances. Dr Amol Kolhe plays the lead role of Sambhaji in the show and has earned a massive fan following with his portrayal of the Maratha warrior. The show tells the achievements, conquests and failures of Chatrapati Sambhaji.

If you’re an ardent follower of the series and a history buff, you might want to visit these historic places associated with Sambhaji’s reign.

Did you know that Sambhaji was born at Purandar fort? This fort is situated 50kms to the South East of Pune. This historic monument is a popular tourist attraction today, and is frequently used by National Cadet Corps for their military training. The fort also hosts adventure sports such as paragliding, trekking etc. There are several temples that surround the fort and you will also find a statute of Murarbaji Deshpande, the commander of the fort who gave up his life, protecting it from the Mughals.

Everyone goes through their share of highs and lows, and even a great Maratha warrior like Sambhaji was no exception. There came a phase when Sambhaji turned a blind eye towards his responsibilities and indulged in sensual pleasures. To teach him a lesson, his father Chatrapati Shivaji locked him up at Panhala Fort, which is located 18kms northwest of Kolhapur. Sambhaji escaped with his wife and gave in to the Mughals in 1678, but returned home when he learnt of the Mughals’ plan to arrest him and send him to Delhi. Even after all this, Sambhaji was unapologetic about his behavior and was kept trapped at Panhala fort. Panhala is a major tourist attraction and to get there, you can either opt for the continuous bus services from Kolhapur to Panhala or even go by rickshaw.

This was one of the major Mughal garrisons, captured by Sambhaji. The great Maratha warrior led more than 20,000 troops and looted the city as well as set the fort ablaze.

The city is located in Madhya Pradesh, and is situated on the north bank of the Tapti river. Burhanpur was ruled by several dynasties, hence has several tourist attractions. The one you must see are Shahi Qila, a fort with a garden terrace built by Farooqui Dynasty and ruled by Shahjahan, Asirgarh fort built by Asa Ahir, among others.

This fort was acquired by Sambhaji, after he got the news that after his father Shivaji’s death, the throne was being acquired by his stepbrother Rajaram. It is situated in Mahad, Rajad district of Maharashtra.

Tulapur, a village in Pune, Maharashtra, is a the place where Sambhaji was executed. You will find a statue of Sambhaji here.

So which of these destinations are you the most excited to visit? Tell us in the comments section below!