Here are some best looks of the actress from the popular Zee Marathi entertainment show. 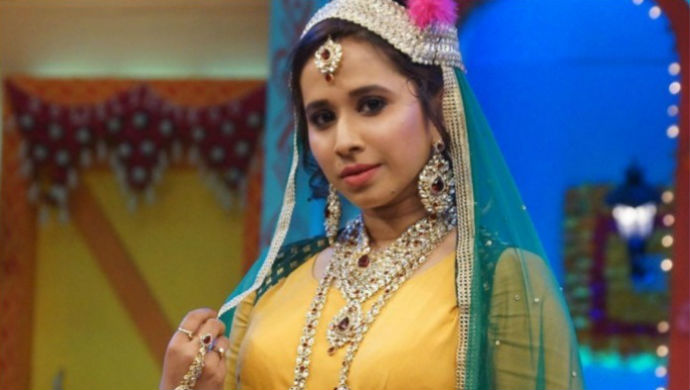 Shreya Bugde is undoubtedly one of the most versatile actresses we have in Marathi cinema. The actress is seen as one of the comedians on Zee Marathi’s popular entertainment show Chala Hawa Yeu Dya. Shreya sports a new avatar every week and manages to ace the acts like a boss lady every time. Not only does she play the part but also looks it! The actress is seen in various fancy costumes and pulls these off with ease. There are a few episodes in which Shreya has looked stunning in her attires.

We pick out 5 best ones. Have a look:

When u realise that weekend isn’t just over yet…..🎼💃 #sundayabhibaqihai 🤩

Shreya looks stunning in this shimmery green gown that she sports with a feather stole and a head band. The actress looks like a true retro queen in the making. Wouldn’t you agree?

That look…. when u see your food order has finally arrived 🤩 #notadullmoment #onset #bts

The popular comedian is a vision in this stunning purple and green nauvari that she teams with golden jewelry, nath and a bun. So classy!

Shreya looks gorgeous in this shimmery peach off shoulder gown which she wears with a simple crown. Princess, much?

Shreya sported the traditional Gujarati ghagra-choli during a Navratri special for the show and looked beautiful as usual.

And last but not the least, here’s a glimpse of the actress’ ravishing avatar as Anarkali. Nailed it, Shreya!

Which of her looks did you like the most? Tell us in the comments section below. Catch all the episodes of Chala Hawa Yeu Dya, streaming for free on ZEE5.

5 Revelations Made By Agga Bai Sasubai's Asawari, Shubhra And Abhijeet During Their Chat