The film highlights the struggles faced by a common man and provides a narrative on the difficulties that villagers face. 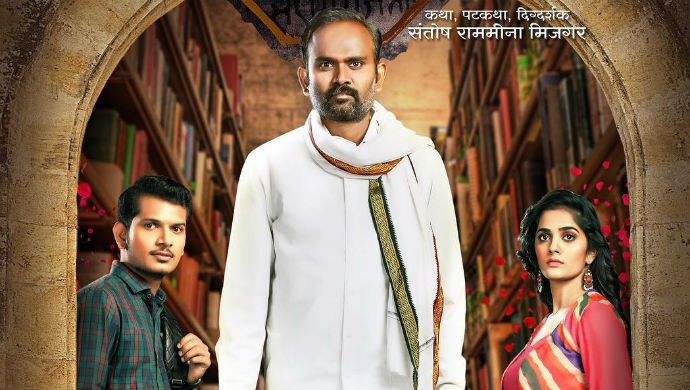 Patil, starring Santosh Mijgar, Bhagyashree Mote and Narendra Deshmukh, tells the story of a man named Krishna (Narendra), who falls in love with Pushpa (Bhagyashree) but has to go through her possessive brother first. Narendra gets beaten up by her brother for going after Pushpa and is shattered. As a result, he feels guilty for failing his father and decides to move to Mumbai to make it big. The film aims to highlight the struggles faced by a common man and provides a narrative on the difficulties that villagers face.

Patil has started streaming on ZEE5 and we give you 5 reasons why you should watch the film.

1. A film about real issues

Patil focuses on poverty and the struggle faced by the common man of today. From living in an expensive city like Mumbai to the issues that plague villages, the film highlights the real issues of society. Hence this film will resonate with many, who find themselves living in such circumstances.

2. Playing up on Maratha pride

If there’s one person most Maharashtrians idolise, it is the great Maratha king, Chhatrapati Shivaji. The warrior left behind a legacy that is remembered by citizens even today. Patil plays on the same and if you watch the trailer carefully, you will notice how the protagonist draws inspiration from Shivaji. Hence this will will appeal to those whose chests swell with Maratha pride!

Despite facing several hardships, Krishna doesn’t give up hope and chooses a path of hard work and dedication. And throughout his journey, his father Patil is by his side. This heartwarming tale is inspiring and makes one believe that anything is achievable in life if your intent is pure and you are willing to give it your all.

4. Best of both worlds

If you think this film is purely about family drama, don’t be mistaken as it also has a good mix of romance as well as action. It’s hard to find a film with a good balance of all genres and Patil provides that.

A film isn’t appealing without power packed performances but luckily Patil suffers from no such fate. Each character gives a memorable performance and owns his/her role.

So, are you excited to watch Patil? Post your thoughts in the comments section below!