Here's why you should watch this horror film, directed by Dnyanesh Zoting. More details inside! 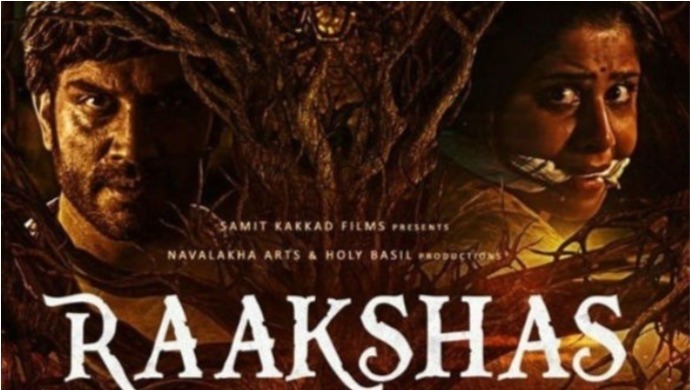 Here are 5 reasons why

The gripping narrative is one of the many factors that makes Raakshas a must- watch. Iravati (Sai) whose father is a documentary maker, goes missing. She then sets on a journey to find him and gets pulled into a world of magic, spirits and ghosts. Iravati discovers that her father was shooting his film in a forest, that hosts a monster. She has to solver a riddle in three parts and only then can she meet her father again. Does she succeed?

Sai is one of the most popular actresses in Marathi cinema. Owing to her line of work, you can be assured that she will be seen in worthy films, including Raakshas. The actress always out her best foot forward in all her films and is exceptional in this film as well. She co-stars with Sharad Kelkar who is equally powerful as his character Avinash.

What makes Raakshas stand out is the stunning visual imagery it contains. The special effects seem come across as authentic and are not reduced to shoddy animation. The film provides a sense of escapism which the viewers will love.

Iravati has to solve three riddles before she can meet her father again. Hence, her search for clues throughout the film, will keep you on the edge of your seats. The narrative is thrilling and you will find yourself rooting for Iravati as she goes against all odds to reunite with her father.

Dnyanesh does a splendid job in keeping the film crisp. There are no unnecessary or elongated scenes that make the story lag. The flow between the scenes is natural.

Watch the trailer above and stay tuned for the release of Raakshas on August 5, exclusively on ZEE5! For more entertainment, check out the collection of fun Marathi films on ZEE5 here.