5 Reasons Why You Should Watch Sahil Joshi Starrer Pipsi

Here's why you should definitely watch this heartwarming film, directed by Rohan Deshpande. 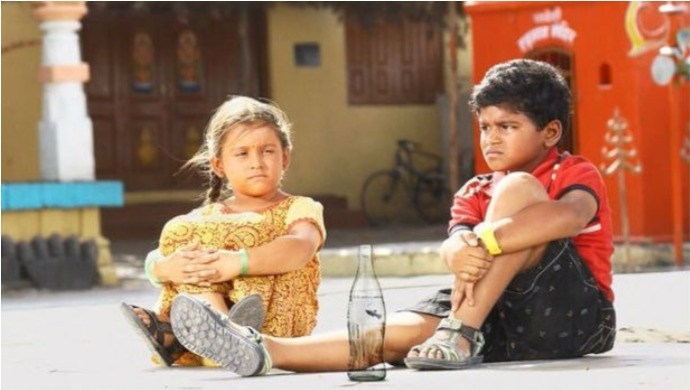 It’s an alarming fact that several environmental hazards pose a threat to mankind today. From climate change to plastic pollution, our surroundings are plagued with life-threatening scenarios as these. Hence in such situations, it is vital for humans to make amends and work towards preserving the environment. Where this realisation is lost on most of us, two kids in Pipsi do their bit to make a difference. This Rohan Deshpande directional starring Sahil Joshi and Maithili Patwardhan tells the story of a girl and a boy, who try to bring a change in their surroundings, to help their ailing mother.

Here are 5 reasons why you should watch Pipsi.

Pipsi tells the story of a boy Bablu and girl Chaani, who reside in a village in Maharashtra that is severely affected by drought and poverty. As a result, the hazardous environmental condition is affecting people’s health, including Chaani’s own mother. In order to save her mother, Chaani and Bablu start believing that saving a fish’s life can do the trick. Without logic or scientific knowledge,  the two set out on a journey to better the environment, by saving a fish, as they believe doing this in turn would save Chaani’s mother. The story is unique and it’s the kids’ kind and innocent gesture that makes for the central theme of the film.

It’s remarkable that at such a tender age, Sahil and Maithili as Bablu and Chaani are able to leave a lasting impression. The two are powerful with their acts and bring innocence to the table that stays with you for a long time.

The film sheds light on the harm that we humans are causing to mother nature. Aside from this, it also promotes the fact that we need to consciously work towards preserving our environment for a better future.

The storyline of the film is simple and so is its presentation. There’s no glamour but the rustic appeal to Pipsi is captivating. There’s a simplicity to the narrative that is heartwarming.

The film is crisp as well as tightly knit. Rohan does a splendid job at the storytelling and keeps a good pace with the flow.

Watch the film above and tell us your thoughts in the comments section below. For more entertainment, check out the collection of fun Marathi films on ZEE5 here.