This Mahesh Manjrekar directional is a must-watch. Read more to find out why. 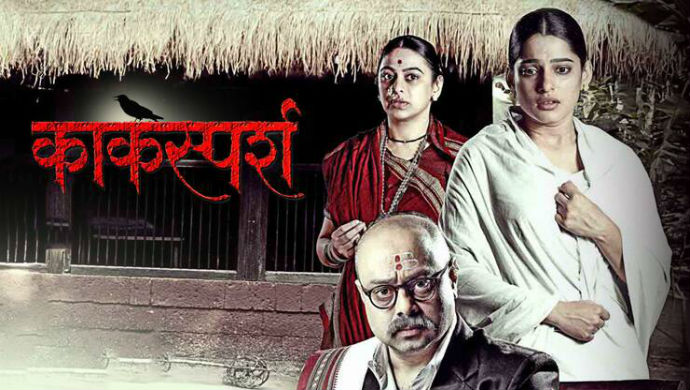 Not only is Mahesh Manjrejar a celebrated actor but also a director. He has proven his worth at the latter with films like Natsamrat, Me Shivaji Park, etc. Kaksparsh starring Sachin Khedekar and Priya Bapat, also makes it to the list, thanks to its unique story and presentation. The film is set in the pre-independence era and sheds light on the regressive customs that were followed then. Kaksparsh is an eye-opener not only in terms of film-making but also the relationships that it brings forth.

Here are five reasons why you should not miss Kaksparsh…

The film tells the story of Uma Damle (Priya Bapat) who is married to Mahadev (Abhijit Kelkar) and their world turns upside down when the latter passes away due to fever. Uma then has to face the atrocities that she is subjected to by society where she is either forced to shave her head or commit Sati. During all this, it is her brother-in-law Hari Dada (Sachin Khedekar) who protects her and saves her.

After her husband’s death, Uma is taken under the wing by Hari Dada. He is her caretaker and guide. Even though the two are brother and sister-in-law, there’s an unsaid liking between them. The bond between the two is subtle and captured in a beautiful manner. How their relationships grows and gets tested, is a pleasure to watch in the film.

Each character is brought alive, thanks to the solid performances by actors. Sachin does justice to his role as a righteous man, who rebels against society to protect Uma. Her vulnerable and coy character too is played to perfection by Priya. The supporting cast members including Ketaki Mategaonkar, Savita Malpekar etc. hold their ground and put forth solid performances.

Kaksparsh sheds light on the violence practiced against women and subtly critiques the regressive practices that they are subjected to. Sachin’s character as Hari Dada is beacon of hope for women empowerment and that’s inspiring to know.

Because the film is set in the pre-independence era, it is vital that it gets the details right. And Kaksparsh manages to do so perfectly. From the costumes to the setting, the most minute details are taken care of and presented perfectly in the film.

Watch the film and tell us what you think about it in the comments section below.

Mrs Mukhyamantri Promo: Get Ready For An Entertaining Ride With Amruta Dhogande