The Sachin Pilgaonkar directional will take you on a journey filled with love, drama and emotions. More details inside! 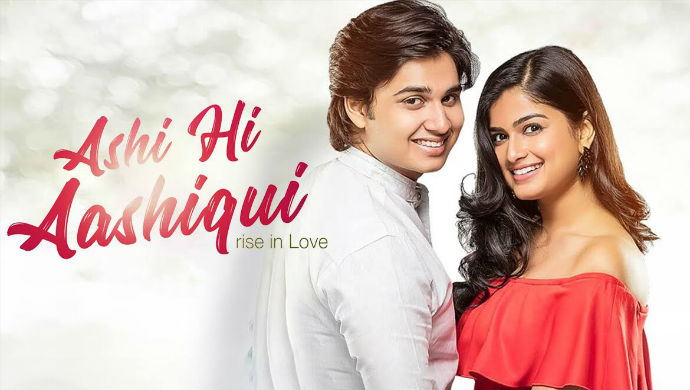 If you have given up on love and are starting to believe that your Ms./Mr. Right doesn’t exist, hold your horses. Sachin Pilgaonkar’s Ashi Hi Aashiqui might just turn around your whole belief system. This Marathi romance starring Abhinay Berde and Hemal Ingle has the power to transform pessimists into optimists, regarding love and relationships. The film tells the story of a man who uses a girl’s help to woo her crush, but ends up falling in love with her. Before you dismiss this film as a typical, heard-that-before story, a twist in the tale is what makes it stand out.

There are many reasons why you should watch this heartwarming romantic film.

Ashi Hi Aashiqui tells the story of Swayam who develops a crush on a girl but doesn’t know how to woo her. As a result he takes Amarja’s help but ends up falling for her instead. The film starts off on a predictable note but takes a shocking turn and before you know it, a suspense- filled plot keeps on the edge of your seat. What is the twist? That’s for you to watch and find out!

Abhinay and Hemal make for an appealing pair. Their characters are poles apart in their personalities and yet make sense together. They say opposites attract and Swayam-Amarja are a classic example. With their diverse personalities, their pairing is fun and refreshing.

Most Marathi films are minimalist in nature, without songs and hoo-haa. But once in a while you need such elements to escape from reality and Ashi Hi Aashiqui does the needful. The film has a glamorous appeal to it and successfully gives viewers an out-of-the-world experience.

The actor shines as the boy-next door, looking for answers to his many questions. His character is endearing and instantly likeable. Abhinay’s solid performance is what makes his role more appealing and we salute the actor for his efforts.

If you are a sucker for romance and like to be swept off your feet, this film is right up your alley. The film has a heartwarming story that will appeal to all generations, especially youngsters.

Watch out for the film’s release on ZEE5 soon and stay tuned! For more entertainment, check out the collection of fun Marathi films on ZEE5 here.

If You Like Love Stories, Watch Blockbuster Marathi Film Sairat On ZEE5!