Are you looking for a quick comedy show to watch after a long day at work? This ZEE5 Original has you covered. You are welcome. 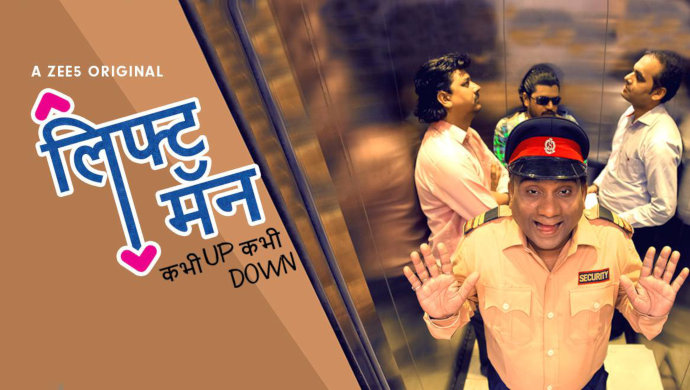 There is nothing like having a perfect web-series to binge on. We mean, after finishing all the seasons of your favourite TV show, you literally don’t know what to do with life? Those existential crises are real. If you have been under the cloud of these sad circumstances, we have found you a perfect show to devour! It is non-other than ZEE5 Original series called Liftman.

Living true to its name, this show explores the everyday life of an elevator operator whose essayed by Bhalchandra Kadam, fondly known as Bhau Kadam. Through the eyes of naive liftman, each episode comes with an interesting premise. Are you still not convinced? Here are five brilliant reasons it will become your next favourite show.

Watch till your stomach hurts Bhau Kadam’s antics on Liftman below:

Every episode is filled with new antics of our liftman with the people who enter the lift. You can always choose an episode according to your wish. More importantly, these episodes are translated into various languages, so the language wouldn’t be a barrier.

Each character in a different episode is just like any of us. There is a depth to them which makes the series more relatable. Liftman shows you people with different personalities and expresses the highs and lows of life through Bhau Kadam’s character.

All of us get stuck in frustrating traffic at least once in a day. Otherwise, your mode of transport gets delayed. But this time spent in waiting can easily be reduced when you have a good TV show to binge on.

Everyone who has watched Chala Hawa Yeu Dya can’t have missed Bhau Kadam’s spot-on humour. To be honest, having a comic timing is more difficult than serious acting. Bhau Kadam will have you laughing till your stomach hurts.

Liftman is a laughter riot in a nutshell. With the series being available on the ZEE5 app on your smartphone, you will finish it in no time. After watching it let us know your thoughts in the comments below.

Feeling Blue? These 6 Life Quotes By Swarajyarakshak Sambhaji's Yesubai Will Cheer You Up