On Sambhaji's birth anniversary, here are some facts about the Maratha warrior you should know of! 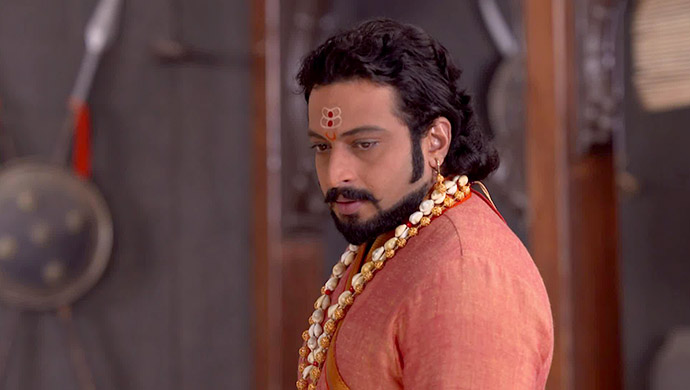 Every day, we see Maharashtra’s history come alive onscreen thanks to Swarajyarakshak Sambhaji on ZEE5. Dr. Amol Kolhe in the role of Sambhaji Maharaj shows the reign of the true king who ruled the kingdom for nine long years .If you are just as enamoured by his success as we are, today, on his birth anniversary, have a look at the facts about Sambhaji Maharaj that will leave you amused!

If you are just as taken by Swarajyarakshak Sambhaji as we are, then watch it here:

As you all might know, in the olden days the Royal marriages were for political alliances than out of love. Sambhaji and Jivubai’s marriage was no different. Jivubai (Yesubai, before marriage) was the daughter of Pilajirao Shirke, a Royal serviceman in Shivaji’s court. This union helped Shivaji gain control over the Konkan coastal belt of Maharashtra.

2.  Ascension to the throne

This story is more dramatic than the onscreen reincarnation we see in the day soap operas. Quickly after his father’s death, Sambhaji was imprisoned with the support of his stepmother, Soyrabai and other courtiers. After escaping the prison and ascending the throne, there was another coup planned against him by his stepmother. However, this time, Soyrabai was not forgiven. Her punishment was “Off with her head”.

Sambhaji’s actions in goodwill and trust haven’t always paid off. He had taken Akbar, Aurangzeb’s fourth son under his wing. Akbar was manipulated by Soyrabai, who used him to ‘try’ to kill Sambhaji. Obviously, the plan was unsuccessful, and Akbar lost his head.

While staying under the false identity of a Brahim child in Mathura, he forged a deep friendship with Kavi Kailash. He also learnt Sanskrit during his time there. Going ahead as a ruler, Kavi Kailash helped Sambhaji helped invade Mysore in 1686.

Apart from being a great ruler and an excellent fighter, Sambhaji was even well-versed with his control over languages. Like, his work in Budhbhushan is a tribute to his late father Shivaji. This became one of the most notable contributions to history; as it remains till today.

With these facts, you might just win a quiz on Sambhaji Maharaj if ever there was one! But, before you sign off, tell us if you know of a fact that we may have missed?

This Biopic Shows The Complex Relationship Between Mahatma Gandhi And His Son. Watch To Find Out!