We give you a chance to get to know your Shevanta, a little better. 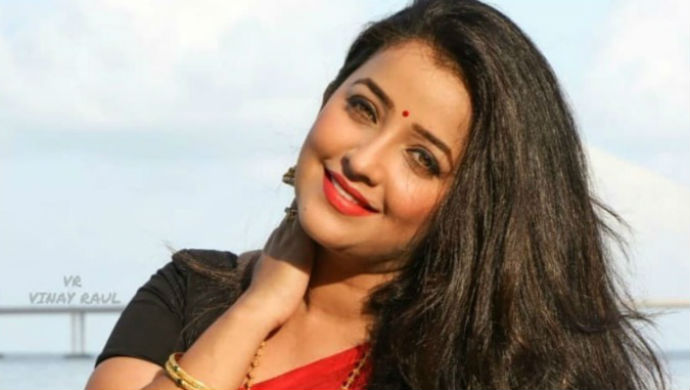 Zee Marathi’s popular show Ratris Khel Chale is back with season 2 and features Apurva Nemlekar. The actress plays Shevanta in the show, and has become a sensation, thanks to her performance and good looks. The light eyed beauty is considered to be one of the most beautiful Marathi actresses today and rightfully so. But Apurva is a lot more than her appearance and her background is proof.

Watch her performance in the episode here.

Before entering the entertainment industry, Apurva had a completely different career in mind that she wished to pursue. Here are five facts about the actress you probably didn’t know about.

1. Acting was never a part of the plan for Apurva

The beauty never wishes to be an actress. She instead wanted to pursue MBA after her graduation. But it was her parents’ wish to see their daughter on the big screen. It’s then that Aprurva considered getting into the field of acting and started pursuing it seriously.

2. Before acting, Apurva did a corporate job

Today, Apurva is an established Marathi television actress. But did you know that before this, the actress worked for a promoter of a an event management company? She even revealed to a reputed publication that her first salary was Rs. 1000!

3. Apurva indulges in other professions besides acting

The actress is passionate about jewellery and even designs and sells it across India. She has her own label as well.

Driving in any city can be a task, but not for Apurva. The actress loves driving and has even taken solo trips, to explore several places within India.

5. Our Shevanta is a total foodie!

We bet you can relate to this one. The actress is passionate about food and admits that going on a diet is an ordeal with her. We completely agree with you, Apurva!

Fan Of Swarajyarakshak Sambhaji’s Amol Kolhe? Get To Know Him Better!

Gulabjaam: Every Foodie Will Relate To These 5 Qualities From The Heart-Warming…

Which of these qualities of hers do you relate to the most? Tell us in the comments section below!

Catch all the episodes of Ratris Khel Chale 2, streaming on ZEE5.