Surgical Strike 2.0: You Should Watch Veergati Right Away To Evoke The Patriot In You

This ZEE5 film explores the life of an army soldier. It's a reminder of the tough lives they lead and the sacrifices they make. 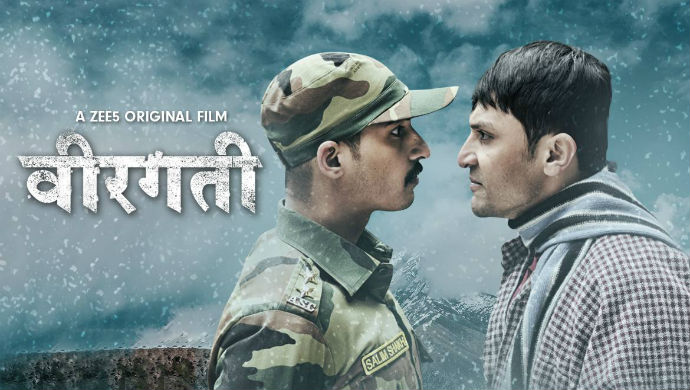 Everyone is glued to news channels, as I write this story. Ever since the Pulwama attack, which took place on February 14 this year, resulting in the death of 40 CRPF officers, citizens had been wondering how India would retaliate. Yesterday, the nation was rejoicing when it was learnt that Mirage 2000 fighter jets of the Indian Air Force had bombed 300 terrorists in Balakot.

However, the situation is grim again as it is being reported that Pakistan has captured an IAF fighter pilot and even released a video as proof. Indo- Pak relations are seeing a strain yet again and PM Narendra Modi’s next move is awaited.

Celebratory as well as tragic situations are a reminder of how much our soldiers give up in order to protect the nation. ZEE5’s original film Veergati recognises this and presents the life of a soldier and how his family copes with his death. Here are three reasons why you should watch this film:

1. A dose of reality

Many of us can only sit at our comfortable homes and imagine the hardships a soldier goes through. But Veergati paints an exact picture of what life is really like on the border. Starring Nikhil Chavan as the protagonist, the film explores a soldier’s duty, family life, marriage and sacrifices in parallel. It is a no-nonsense film that comes close to the real picture and steers clear from exaggeration.

Many films and television shows hesitate to explore the Kashmir issue, as it is a sensitive topic. But Veeragti presents the same in a daring manner. The film talks about India and Pakistan’s rivalry on claiming Kashmir and how the state is breeding terrorists that favours Pakistan. Veergati also focuses on what families of soldiers go through, when their men are at war.

What also makes Veergati worth a watch is its cinematography. From shots of the gorgeous valleys of Kashmir to the rough terrains that the soldiers explore, the film is a visual treat.

If you are a patriot at heart, we are sure you will love Veergati. Tell us about what other patriotic shows or films are close to your heart in the comments section below.

If you want to watch more such patriotic films, catch them streaming on ZEE5.

Have Tula Pahate Re's Isha And Myra Patched Up?